--- NOTICE!  if the game is slow on the web please consider downloading---

This game has been created with the idea of becoming a high-speed thinking puzzle. Although when the time came, I started designing all the levels and game mechanics, and regarding the time limit for the Jam I decided to make a smaller scope, and create all the core mechanics in a small map and with just one simple treasure hunt.

So the core mechanic for the game is about velocity, when you move the necromancer will move slowly toward you, when you stop, it'll run at high speed. For this, you'll have a lantern and it will also light up with your speed. The treasure hunt is for magic flowers all around the house, with them you can breed potions and when you breed potions you can get some magic and powerful ones. For this stage, there is just one that's important and it is the ectoplasm potion, with that potion you can finish the game.

Feel free to leave any feedback it's pretty much appreciated. Also, don't forget to wear headphones.

You have to search for the magic flowers near the house, there are four kind of flowers, find them all and pick them with right click, then you have to go to the alchemy station and read the recetary, it's not much descriptive but gives you the idea, mix flowers, then potions, and find the ectoplasm potion and take it to the stone's skull pedestal to win.

Also the bar tells the necromancer proximity but it's not that precise (on purpose) so you better take care and look around, and as you may now, never stop walking...

Hey, here are my thoughts on your game:

I like that it's spooky without being too scary, like I'm not so freaked out that I couldn't play, but I was still nervous about being chased in the dark. You achieved a good balance there.

I think you really need to integrate the instructions and controls into the game itself, since there's a lot going on (moving, sprinting, jumping, grabbing, the proximity bar) and it's a bit overwhelming all at once. It'd be nice to give players space or time to experiment with the controls and learn them without the necromancer around, like a safe zone or a tutorial level.

I was a bit surprised that shining my light on the necromancer didn't scare him away, since the map layout is pretty tight (lots of fences and buildings) it can be difficult to have space to run away. If the light scared him off then players would feel like they have a bit more control in this situation rather than being at the mercy of the game.

Lastly, I think the sparkling flowers might be a bit too obvious, especially considering that they seemed to always appear in the same spots. You could make them less bright and have several spawn locations to give players more of a challenge.

That's it from me, well done making this in such a short amount of time!

Thank you a lot for the feedback, I'll definitely made the changes once the jam is over : )

Amazing Game!!!! I love it. Please you should do more games like this. 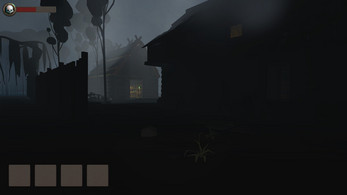 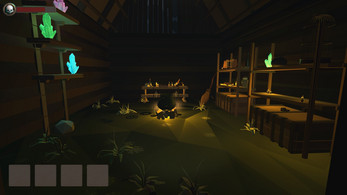 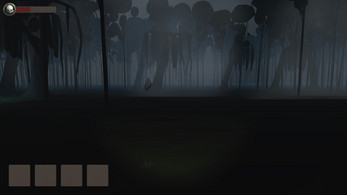 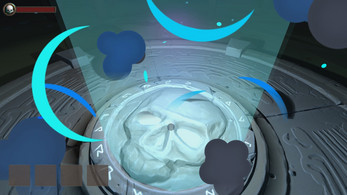